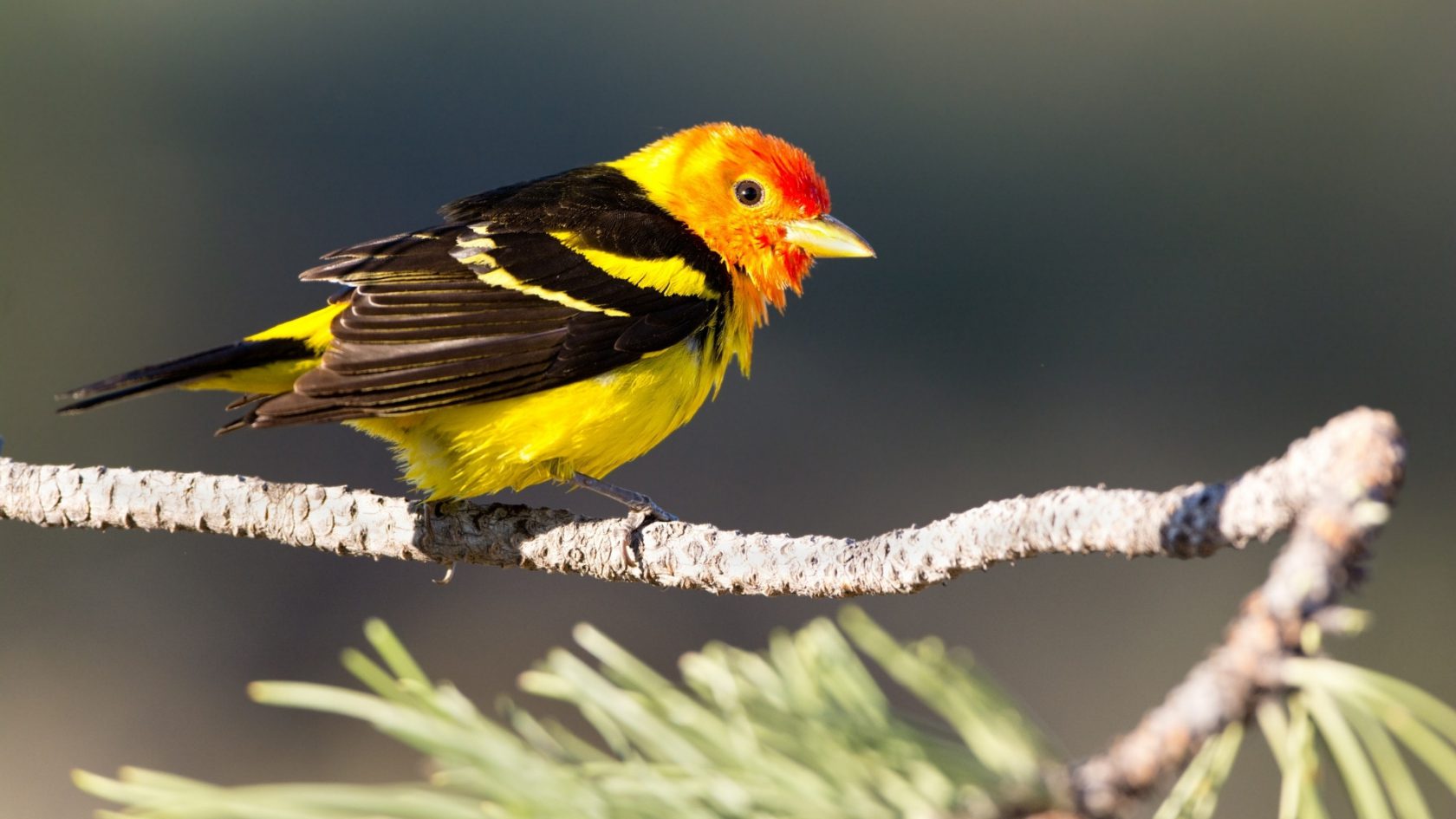 Greg here, with a life update. I just moved to Los Angeles, and will be operating Tanager from the west coast (while of course keeping up with friends, colleagues, and clients back east).

Providence was a great home for the past 13 years, and I want to give a heartfelt thank you to the city and the generous and creative community there for helping me grow and learn, and the opportunities to do a lot of great work there.

In the eastern United States, the prominent Tanager species is the Scarlet Tanager. This fiery red bird with jet black wings favors deep, older-growth deciduous forests. In the west, we have the Western Tanager, with it’s yellow-orange body, black-wings, and a wash of red on it’s head. As I’ve moved west, I decided to take some time to ponder what it’s like to be a Western Tanager.

The Western species may not be as jaw-dropping as their eastern counterpart, but they have many surprising qualities. Chief among them is that the global population of Western Tanagers increased from 1966 to 2019, a trend seen in very few species. Another fun fact is that the red on their head is from a very rare pigment called rhodoxanthin, while most red birds owe their redness to carotenoids from plants. This pigment is probably obtained from insects in their diet. Breeding in the western US and Canada, they fly south for the winter to the southern US and Central America, where they overlap slightly in wintering territory with the Scarlet Tanager. Periodically, Western Tanagers intending to migrate south for the winter will accidentally fly east, and wind up along the east coast. This faulty internal compass mistake is called ‘misorientation’ and it’s the reason I was able to see a Western Tanager in Rhode Island in 2019.

Like Scarlets, Westerns are picky about their habitat, so I’ve only seen one Western since moving here. They’re on their way back south now, but I hope I’ll be able to track down some birds in their breeding ground next spring — and I hope you’ll join me for that adventure.

Southern California boasts a strong system of communities dedicated to conversation and creating equitable access to natural spaces. While Los Angeles is the second largest metropolitan area in the county, it still manages to host large undeveloped areas in which habitat and wildlife are well protected. We’ve been supporting the following organizations through financial contributions as well as volunteer work: 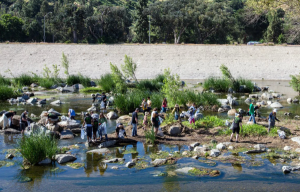 LA River Cleanup with Friends of the LA River 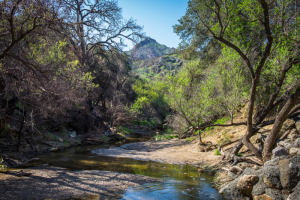 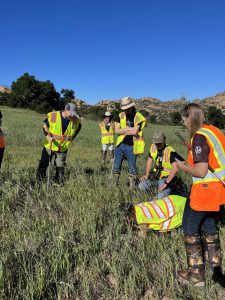 Volunteering at a herpetological survey with the Southwestern Herpetologists Society, at Boeing’s Santa Susana Field Laboratory

There are plenty more organizations we’re supporting and connecting with in the area, and we’d love to meet even more people. If you know someone in southern California working in conservation (or anything related) who you think we should know – we’d love an introduction!

Here’s our first set of wildlife observations from the west coast.
Follow us on Instagram to see our adventures in real time.
All photos by Tanager unless otherwise noted. 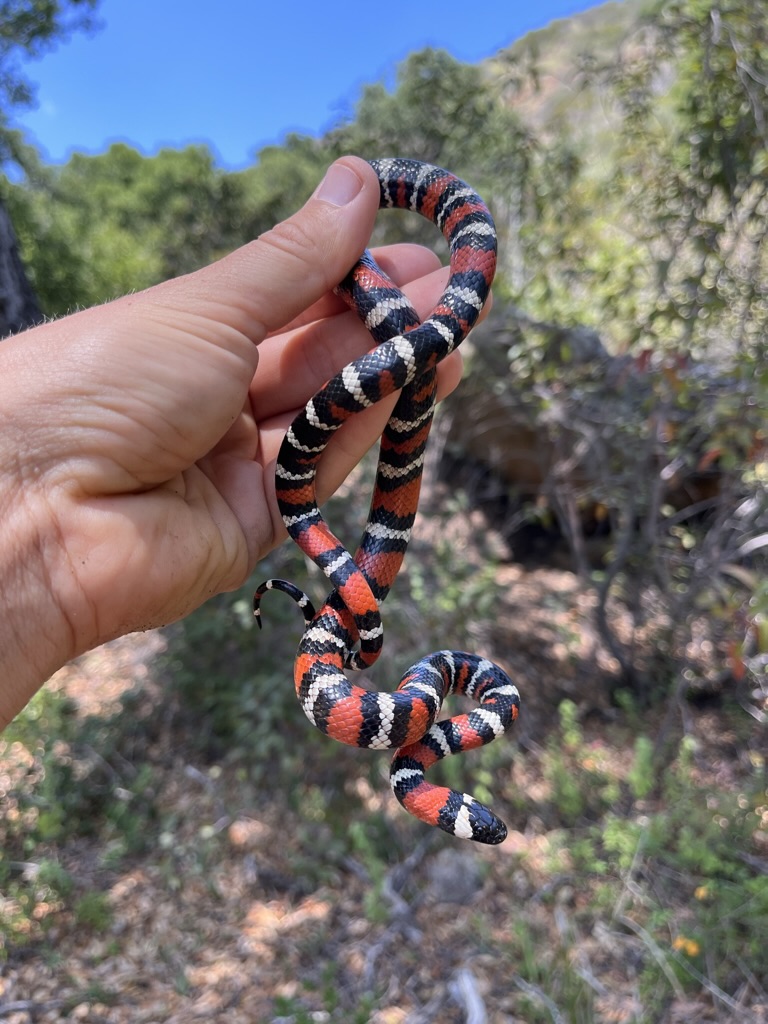 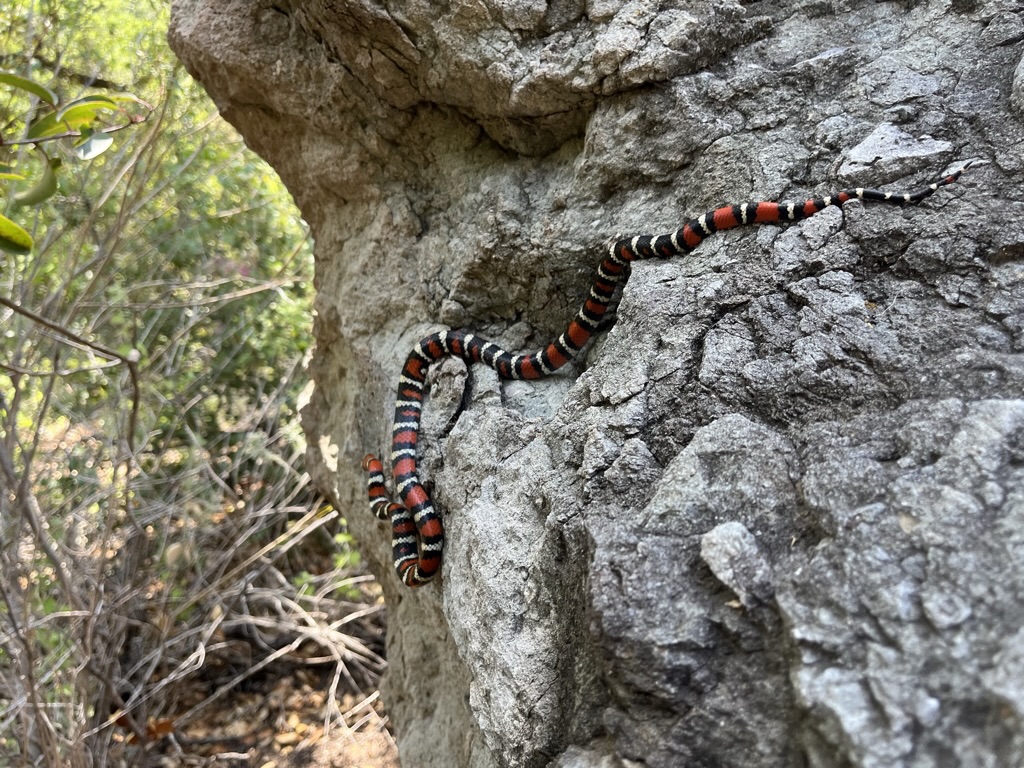 One of my most sought-after snake species – finding this one took *many* hours and failed attempts before getting lucky on a mid-may afternoon with ideal conditions for this species. The California Mountain Kingsnake (or Coast Mountain Kingsnake, depending on who you ask) 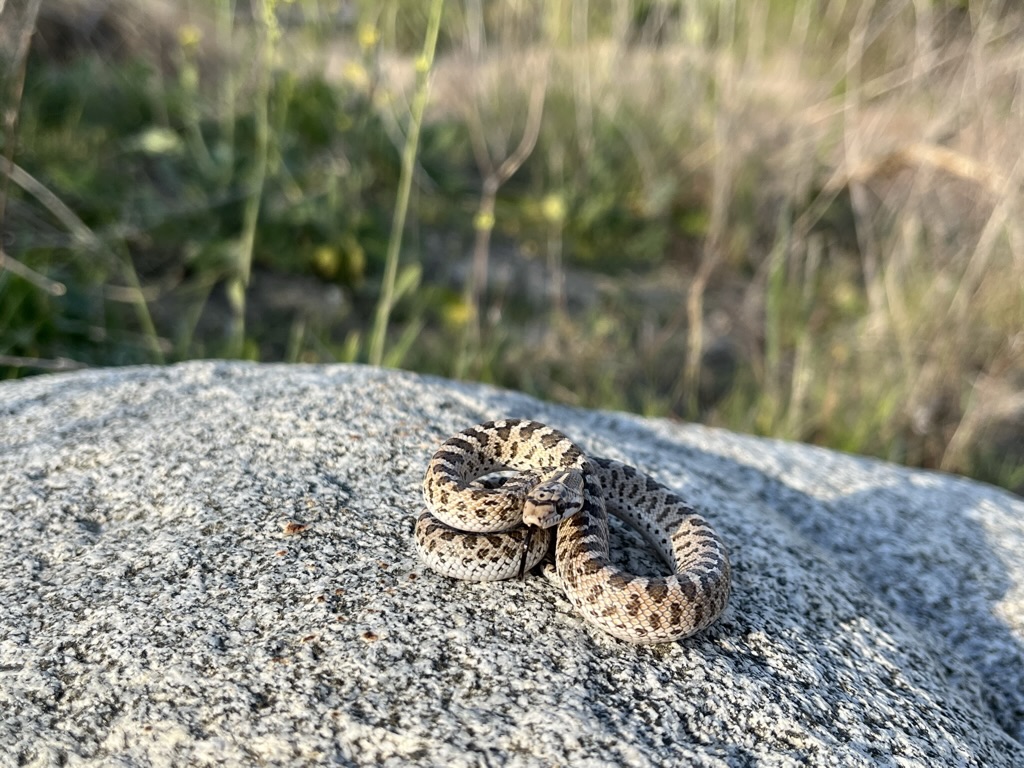 The first record of a California Glossy Snake in the Los Angeles basin since the 1930s! I found this snake in March, and it created a bit of a stir in the regional herpetology community. Full story of the discovery coming in the next newsletter. 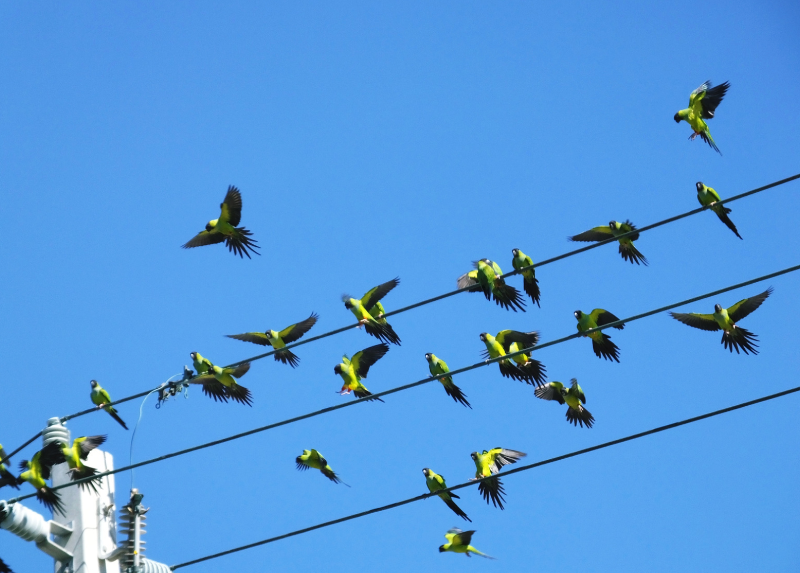 Nanday Parakeets in Malibu. These birds are native to South America, but escaped pet-trade birds have been breeding in Los Angeles for many years, and have large populations in the Santa Monica Mountains. 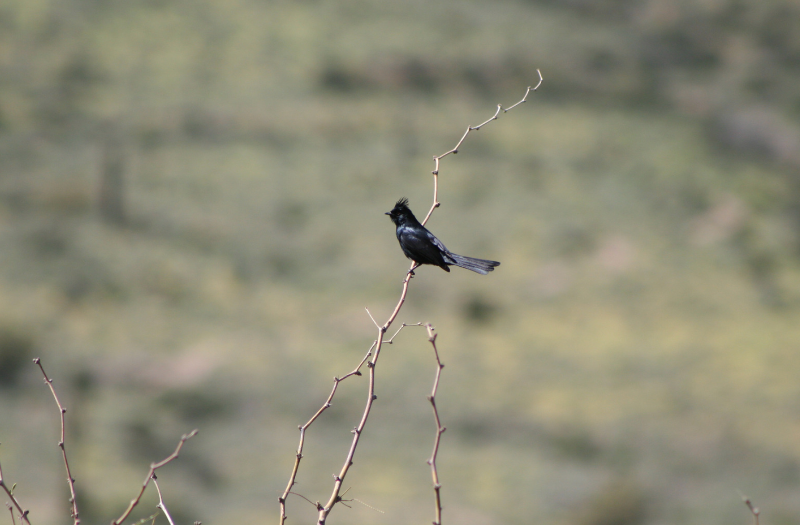 Phainopepla, a scrubland specialist that looks sort of like an all-black cardinal. 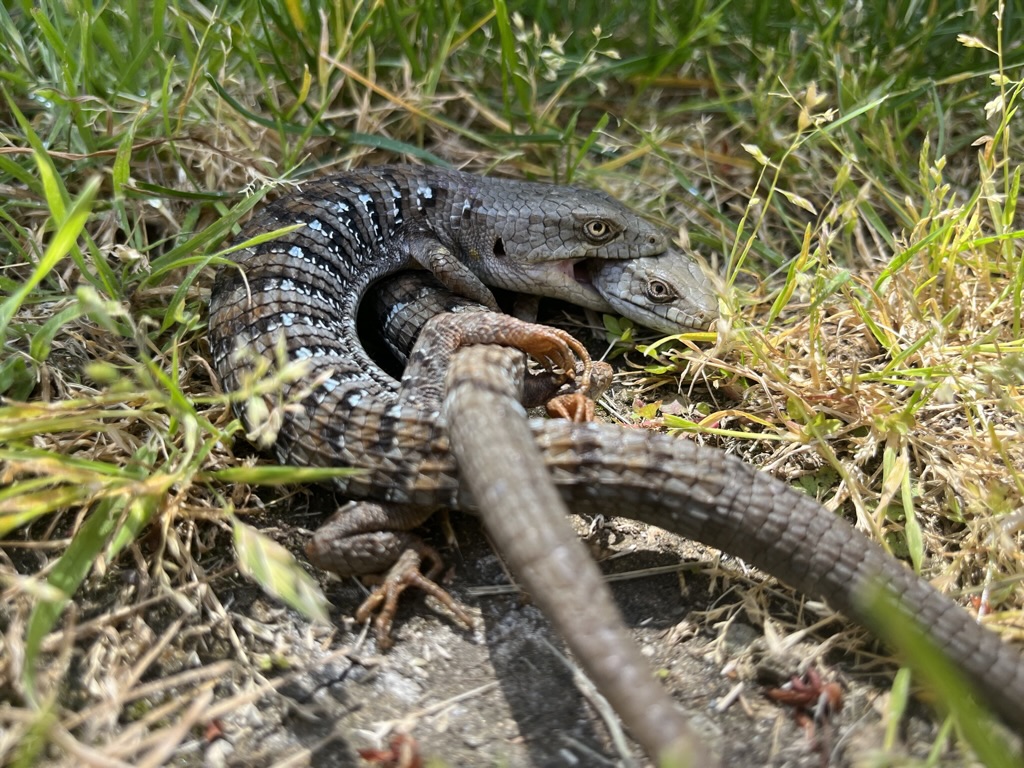 These Alligator Lizards were mating in my yard! This is their typical mating behavior, the male holds the female in place with a bite, and they can remain in this pose for up to 30 hours! 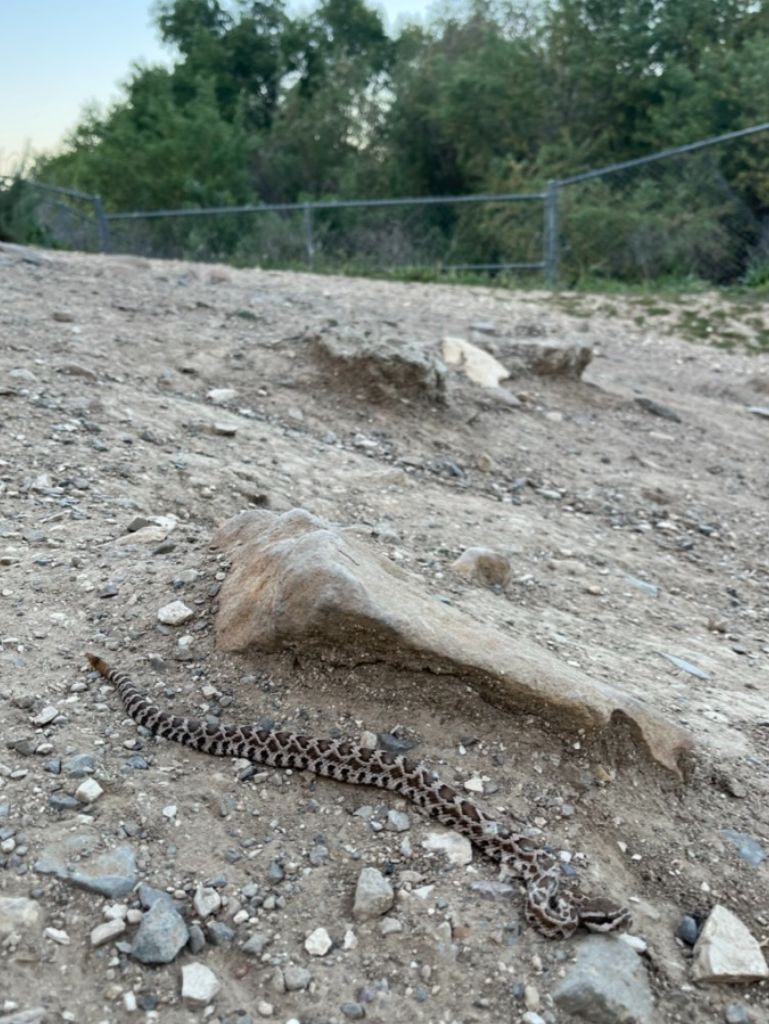 I’ve seen lots of rattlesnakes – this juvenile Southern Pacific Rattlesnake was one of the earliest in the year, in February. Like any other snake, they don’t want to be aggressive, they either hope to go unnoticed, or to flee.

I’m still getting to know the flora and fauna of the area, but hope to be offering free community nature walks in the area soon. If you’re interested in hearing when our walks start up, subscribe to our newsletter and we’ll announce it there.

If you’re an organization in the Los Angeles area, and you’re interested in having Tanager lead nature walks for your org, we’re going to be volunteering our time leading walks with a few groups this year. Please send us a message to discuss!

And for anyone else in LA who wants to meet up for a nature walk or grab a coffee, don’t hesitate to reach out!

Can we help
your vision
take flight?

Tell us a bit about your vision, and how we can help. We'll follow up to schedule a conversation with you.

Send us a message 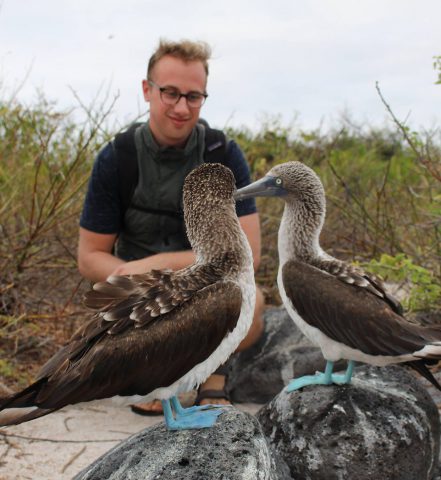 Greg founded Tanager from a lifelong passion for nature and a desire to work with the amazing people who protect and improve our world.

Greg was raised in Cleveland, Ohio, where he discovered the beauty and secret wonders of nature. He attended Bowling Green State University, graduated with a Bachelors of Architecture. Greg then moved to the east coast to complete a Masters of Architecture from the Rhode Island School of Design, graduating with honors and the Alpha Rho Chi medal for community leadership. Recently, Greg has taught interdisciplinary design at Brown University, Roger Williams University, and the Rhode Island School of Design. Greg has spoken at various events and conferences on topics including design, education, technology, and culture.

Greg loves to share his passion for nature and birding with others, and giving back to local communities. He leads nature walks for local organizations such as Audubon Society of Rhode Island, and is developing a partnership with Big Brothers Big Sisters of Rhode Island to bring nature walking to traditionally underserved communities, an effort that is sorely needed in our country.

Outside of work, you can find Greg exploring the trails – looking for birds, snakes, and other cool wildlife. To find out what interesting creatures Greg has seen lately, follow him on instagram @gregnemes.